Cléopâtre – Ida Rubinstein is choreographer Patrick de Bana’s tribute to the enigmatic actress/dancer Ida Rubinstein (1885-1960) and star of Sergei Diaghilev’s Ballets Russes who danced in the title role during the company’s Paris season of 1909.   Ida danced with the company for two years and left in 1911 to form her own company.  Adored for her luminous stage presence as much as her dancing, Ida quickly became a popular Belle Epoque figure in the arts world as well as a generous benefactor.  Details of her personal life have remained sketchy through the decades and de Bana draws on history and urban myth to create the mysterious, glamorous world of Ida as she rehearses and performs what was to become her greatest role. 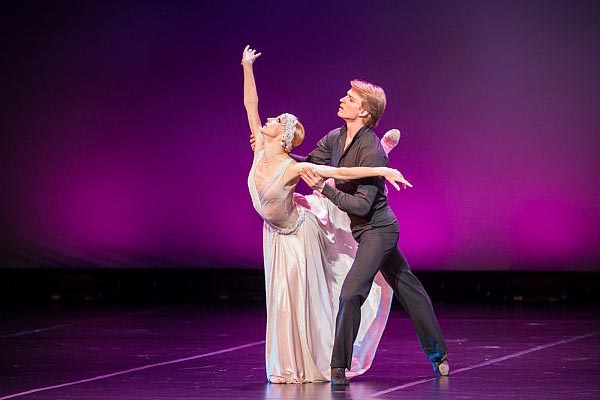 Cléopâtre – Ida Rubinstein recounts the story of the creation of Cléopâtre by Fokine in 1909; De Bana has chosen music by the great composers who collaborated regularly with the Ballets Russes such as Stravinsky, Rimsky-Korsakov, Glazunov, Faure and Ravel; in addition he has employed the music of Omar Faruk Tekbilek, the renowned Turkish flautist and one of the world’s foremost exponents of Middle Eastern music whose compositions give de Bana’s ballet a beautiful, mysterious extra dimension.  The London premiere will feature Ilze Liepa, (above) sister of Andris, in the title role.  Full company details will be announced early 2013. 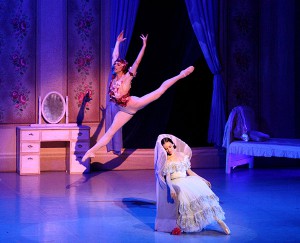 Le Spectre de la Rose is based on a poem by the French Romantic poet and dramatist Théophile Gautier with music by Carl Maria von Weber, one of the first significant composers of the Romantic school.  Choreography is by Fokine and set and costume design by the revolutionary and celebrated artist/designer Léon Bakst.  The work, which Ballets Russes premiered in 1911 at the Théâtre de Monte Carlo, tells the story of a debutante – originally performed by Tamara Karsavina – who falls asleep after her first ball and dreams that she is dancing with the rose – Vaslav Nijinsky in the original –  that she has been holding in her hand.  Her dream ends when the rose escapes through the window.

Andris and Ilze Liepa’s father, Maris Liepa, was considered to be one of the finest dancers of his generation; a principal soloist with the Bolshoi Ballet, he performed in Moscow for the first time at the age of 14.  During his time with the Bolshoi, Maris famously revived Fokine’s choreography for Le Spectre de la Rose, and performed the title role many times.  It is his version that Andris Liepa is bringing to London in 2013.

Scheherazade is a symphonic suite composed by Nikolai Rimsky-Korsakov in 1888 based on One Thousand and One Nights  (also known as The Arabian Nights).  Classically exotic and influenced by the dazzling colours and costumes of the Far East – thrillingly fashionable and excitingly new in the history of Imperial Russia – the music for Scheherazade is used in a ballet by Fokine in a racy tale of entrapment, betrayal and murder.  In 1993 Andris Liepa set about restoring Scheherazade with the help of Fokine’s granddaughter, Isabelle Fokina.  The restored ballet – along with Petrushka and Firebird were filmed and the result, ‘The Return of Firebird’, was an award-winning feature film directed and produced by Andris Liepa.   In 2002 Andris brought Scheherazade to Rome’s Opera House and premiered the production in London in 2011. 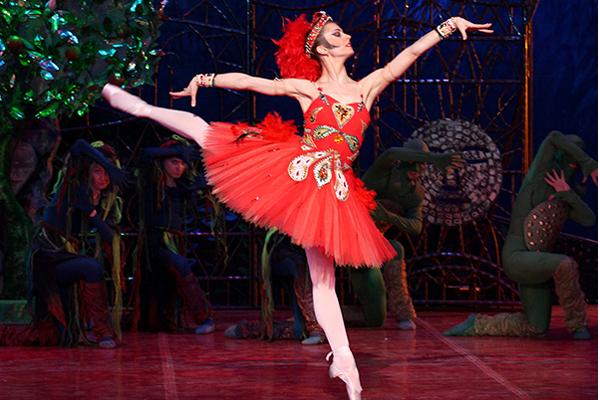 The Firebird is a ballet and orchestral concert work by Stravinsky written for and successfully premiered at the 1910 Paris season of Ballets Russes with choreography by Fokine.  The ballet is based on Russian folk tales of the magical glowing bird of the same name that is both a blessing and a curse to its captor.  Stravinsky was a virtually unknown composer when Diaghilev recruited him to create works for the Ballets Russes; The Firebird was his first project. 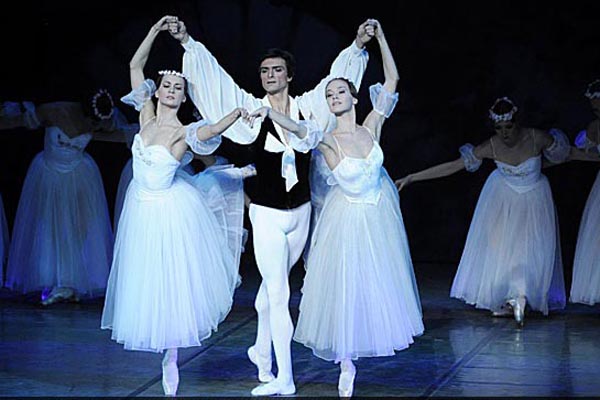 Chopiniana is a dreamy, romantic ballet blanc that was born in St Petersburg in 1907 and moved to Paris in 1909 under the new name of Les Sylphides.  Fokine’s original choreography, set to music by Chopin, was introduced to the public in 1893 and conducted by Rimsky-Korsakov.   “It defies an obvious single label – it’s a ballet of mood, a white ballet, a choreographic suite. It is pure, simple and requires no introduction or context. It is ballet-for-ballet’s sake and breathtakingly beautiful.”  (dancetabs) “The evening is a choreographic homage to my father,” saya Andris Liepa. “Chopiniana was his favorite ballet. Our version recreates the designs by Ballets Russes costume and set designer Alexandre Benois.” 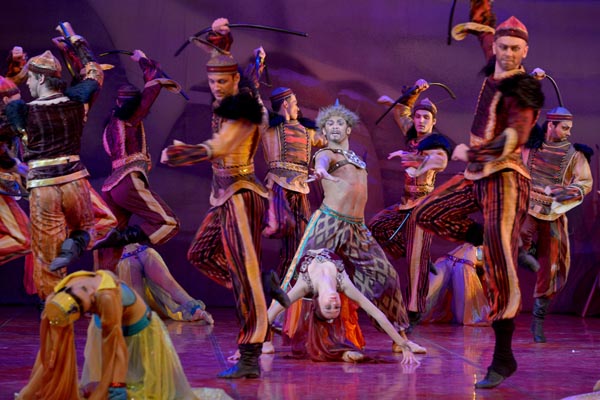 The Polovetsian Dances are perhaps the best known selections from Alexander Borodin‘s opera Prince Igor (1890) and are often played as a stand-alone concert piece.  The opera was left unfinished at Borodin’s death and was subsequently completed by composers Rimsky-Korsakov and Glazunov.  The first dance follows The Chorus of the Polovtsian Maidens which opens the act and is followed by Konchakovna’s Cavatina.   Andris’ sister Ilze will dance the lead role in a staging that uses replicas of the costumes designed by the Russian painter and philosopher Nicholas Roerich for the original production.