Choreographic drama in one scene 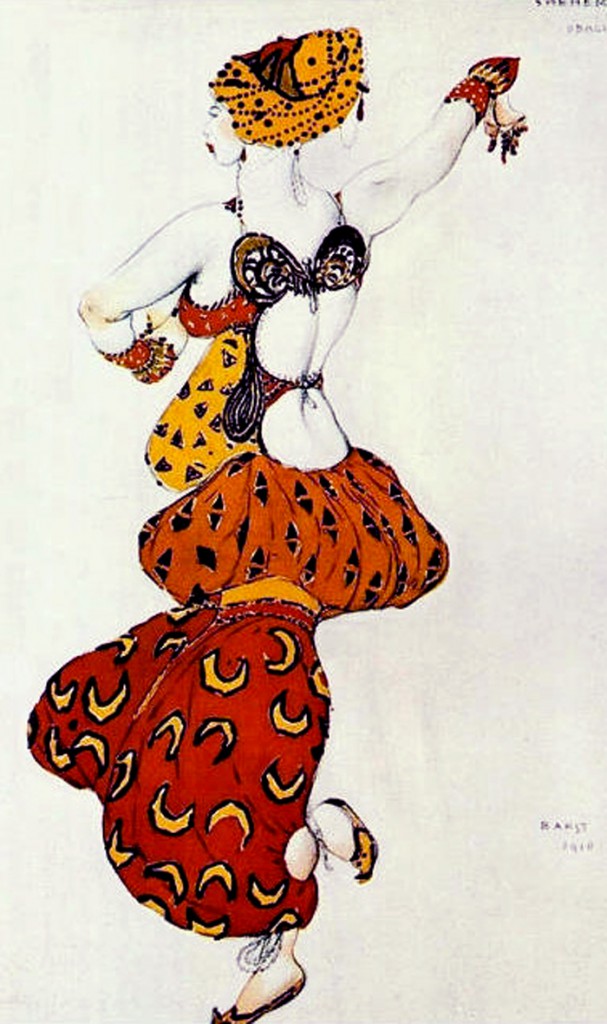 Scheherazade, based on the tale of ‘Shahryar and his Brothers’ from the Thousand and One Nights, was first staged by Mikhael Fokine in 1910 as part of Sergei Diaghelev’s non-repertory productions, to the music of Nikolai Rimsky-Korsakov’s symphonic poem of the same name. At the premiere, Ida Rubinstein danced the part of Zubeida and Vaslav Nijinsky danced the part of the Golden Slave. A ballet about the vicissitudes of love in the Sultan’s palace, Scheherazade went down in history of dance as a revolutionary choreographic text steeped in as much passion as was humanly possible within the moralizing confines of the early twentieth century theatre.

Sultan Shahriyar is lonely in his palace. The dancing concubines are not making him happy and the coldness of his beloved wife Zubeida disturbs him. On the advice of his younger brother Shahzeyman, Shahriyar goes hunting - and that’s when the fun in the harem erupts. Concubines dally with young men, while Zubeida arranges a date with the Golden Slave. Shahriyar returns unexpectedly and flies into a rage when he sees Zubeida and the Golden Slave together. The Sultan issues orders to have them all executed, including the Golden Slave. Zubeida watches her beloved die and then stabs herself in grief.