Ballet in one act and two scenes 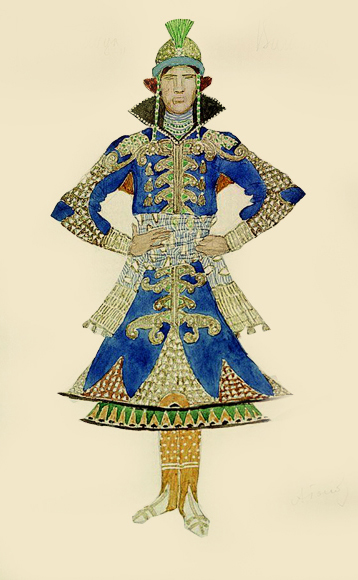 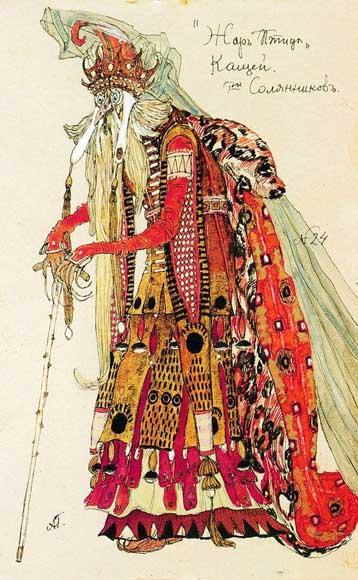 Katchei’s Kingdom. Twilight. Far off There appears a tremendouse horseman – the Night. The morning glimmers. Misterious lights gleam on the trees – those are magic apples. The Firebird appears. She comes down to the tree just like a flame and starts to whirl around it. She dances, slight and beautiful, and does not notice Ivan-czarevitch, who jumped over the fence to catch her. She tries to escape, to fly up, and asks to give her freedom back. Ivan-czarevitch yields to her entreaties. The Firebird leaves and now Ivan can see some girls going down from inside the castle. They are princesses taken hostages by Kastchei the Immortal. Ivan wants to overtake the girls but they turn out to be very deft and fast so that Ivan has no cance to catch them. However, Ivan’s beauty and boldness take over and the first princess trustfully tells him a sad story of her abduction. Ivan-czarevitch desires to free the girls. The sun rises and a white horseman – the Day passes the Magic Garden. The girls rouse themselves and leave. They are subject to Kastchei’s sorcery. Kastchei’s servants, guards, werewolves and wizards start to show up from everywhere. At last Kastchei the Immortal appears himself. Ivan-czarevitch wants to escape, but Kastchei’s guards have already seized him. Kastchei’s anger is terrible for those who dare to enter his possessions. Ivan-czarevitch must die. Like many other brave heroes he would be turned into stone. But suddenly Ivan recalls the three feathers of the Firebird which he pulled out of her. And she herself is here, near him. All Kastchei’s servants are carried away by her dancing. Even Kastchei himself starts to dance. He can’t stop his furious dance. It gets faster and faster. In the meantime Ivan-czarevitch has obtained the huge egg where the soul of Kastchei has been stored. He lifts his arm and throws the egg at Kastchei, who dies as soon as the egg breaks.