An opera-ballet in three acts 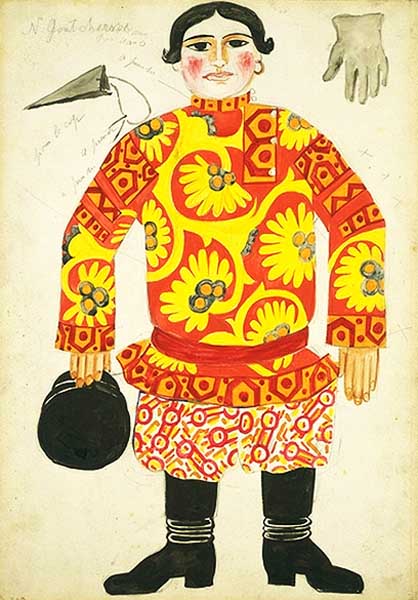 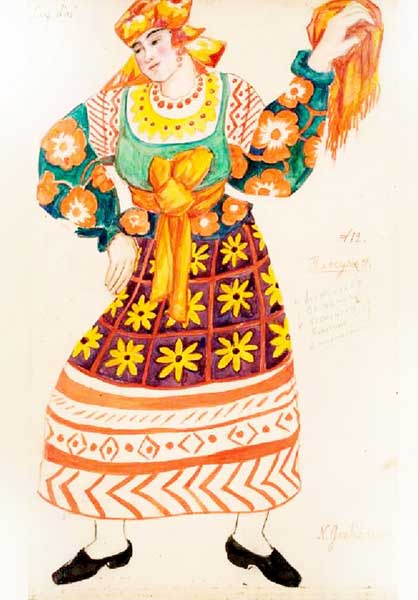 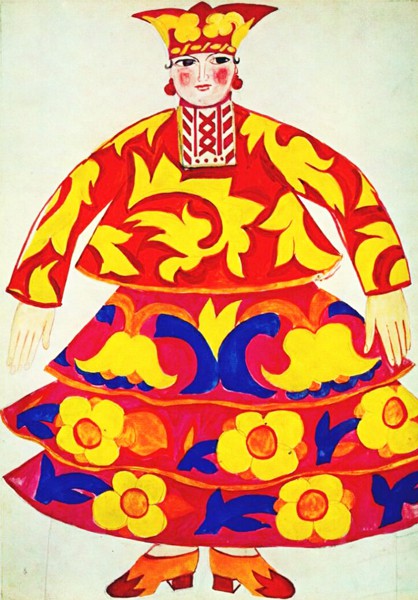 Costume design by Natalia Gontcharova for" The Golden Cockerel"

Great Russian impresario Sergei Diaghilev gave the world this production back in 1914. The ballet scenes were choreographed by the innovative choreographer Michael Fokine, and the costume and set design done by avant-garde artists Michael Larionov and Natalia Goncharova. Mikhail Fokine’s idea was that the production should involve not only opera singers, but ballet dancers as well. The dancers used pantomime and choreography to show action on stage, and opera singers created the semblance of an ancient chorus, commenting on the story. This emphatically theatrical approach and innovatively vivid cross-genre entertainment was viewed as deeply unusual by Diaghilev’s contemporaries.
Now, almost a hundred years later, The Golden Cockerel has been revamped by the artistic director of all performances of the Russian Seasons of the XXI Century, People’s Artist of Russia Andris Liepa, together with Georgiy Isaakyan, Artistic Director of the Natalia Sats Theatre. Together, these visionaries have assembled a unique creative team that is not afraid of innovation and bold experiments. The Golden Cockerel is not an archival restoration, but a creative flight of the Russian Seasons through a century.