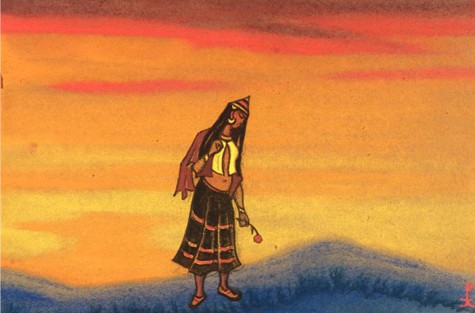 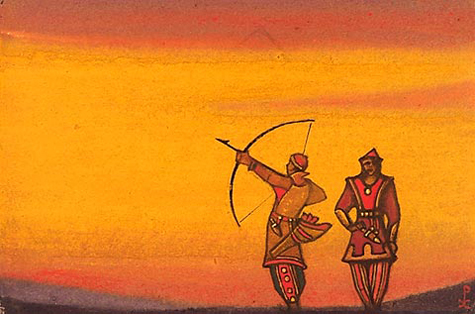 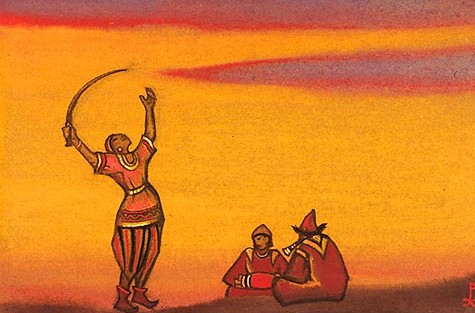 This ballet fragment from Alexander Borodin’s opera Prince Igor became an independent and much loved ballet piece almost immediately after its first performance in 1890 at the Mariinsky Theatre. Mikhail Fokine choreographed the Polovtsian Dances for Diaghilev’s repertoire in 1909. In his memoirs he wrote of the genesis of the piece’s startling choreography: “Where did my moves come from? I would say from the music. I came with sheet music from Borodin under my arm, and those were my only weapons. No one could bring me down. All the images were clear to me and I believed that even if the Polovtsian dancers didn’t dance like this at all, this was the only way that they could dance to Borodin’s orchestra.” The heart-thumping spoectacle of these dances very quickly became Diaghilev’s pride and joy, and one of Russian Ballet’s biggest landmark victories.

Polovtsian camp. Evening. Polovtsian girls are dancing and singing a song that compares a flower craving water to a young woman hoping for a meeting with her beloved. Khan Konchak offers the captured Prince Igor freedom in return for a promise never more to raise the sword at his people. But Igor is honest, and tells Konchak that if he lets him go he will immediately gather his troops and strike again. Konchak, admiring Igor’s forthrightness and manliness, regrets that they are not allies, and calls the prisoners to entertain his prisoner. The scene begins with Polovtsian Dances. First, the young women dance and sing the hypnotically beautiful aria ‘Fly on the Wings of the Wind’. This movement is based on around the melodic interweaving of the Polovtsian girl and Konchakovna. It is followed by a general Polovtsian dance, which builds into a spectacular mass dance to complete the performance.